Show me a hero and ill write a tragedy means

Okonkwo is a respected leader within the Igbo formerly spelled Ibo community of Umuofia in eastern Nigeria. We had a good opening weekend. We had full houses Saturday and Sunday, though the extra 5: We have good reservations for all the shows next weekend, and we will be doing both 5: The cast had a great weekend with nothing but top-notch performances!

In order of spoken appearance Michael Boyd reprised his fine performance as Wardell Owens. There is a dimensional addition to the character that I think Michael is responsible for and gets good credit for.

The Roaring Girl, by Thomas Dekker and Thomas Middleton

Stacy Emoff is back as the ex-con bar singer, Bitsy Mae Harling, lending her perfect country vocals, her perfectly sculpted body for the role, and her perfect performance of the honkey-tonkin' Bitsy. Dutch Waterman was as absolutely, rib-crackin', gut-bustin' hilarious as Juanita the bar lush this time as she was last fall.

I have not had the fortune to have seen her in any of her many other performances throughout the years but I am told she is always fabulous and I am of the mind to believe it. Travis Williams came back and was the perfect Ty Williamson again.

Travis got a big feature story about himself recently in The Dayton City Paperwhich can be found by clicking here. Cynthia Karns was again absolutely hilarious as Sissy Hickey, and the new big-hair wig this time just adds to it.

Melissa Young was wonderful as Noleta Nethercott. This is Melissa's first appearance on our stage and this show is baptism by fire for her. She's had very little rehearsal -- and, she will switch to the role of La Vonda Dupree for next week's shows.

GO AHEAD - STEALING IS ALLOWED!!!

Just like Natasha Randall in Crimes of the Heart, Melissa's drastic under-rehearsal made her performance even more impressive than it already was. What a talent she is. This weekend teamed her back up with Kim Reiter, her stage mate in Always Patsy Cline, which I'm betting earns them both Daytony's next month.

Kim was this weekend's La Vonda, Latrelle's sister. And Kim, again, another great talent. Last time John Spitler was the Reverend in the funeral scene and a sort of unnamed bar patron earlier.

This time he is Wardell Owens who turns out to be the Reverend. He is doing a fantastic job with Wardell. I think I like it better than his Babbybobby Benton in Cripple of Inishmaan, and I thought he was pretty damn good in that role. Donald Smith is back as G.

I have to say, I thought he did a great job last fall, but I like his performances this time even better. And he's added a sight gag that is, well, it is funny, but it is not for children or the faint of heart.

The men were all in boxer shorts last time. Two of them are this time. Since Donald already admits this, and it's really the gag he is going for, I feel free to say that, well, Don could not be called obese, he is not exactly a thin fellow, either. So the little briefs are either very funny or very frightening, depending on the eyes of the beholder.

I find it a great gag. Donald, if you remember from earlier blog postings, is cast in The Monsters Mind, which starts shooting next week. Katrina Kittle is back as Dr. Eve Bolinger and I really hope she is a good actress because Dr. Actually, though I don't know Katrina well, I know her well enough to state emphatically that she is definitely an excellent actress because she has little in common with Dr.

Show Me A Hero and I'll Write Him A Tragedy Chapter 1, a hetalia - axis powers fanfic | FanFiction

Eve, save for a striking physical resemblance. Director Greg Smith is in the role of Brother Boy this time, and he is a hoot.

I must admit I did not get to see his performance at all during the weekend, as I am otherwise occupied during that scene.

I really didn't get to see Katrina either, as they are the same scene, but, I saw some of their rehearsals -- and, of course, I remember Katrina's work from September. Even that silly dead woman was good; and, I might add, "she" did not blow her lines once.

Heather, another top-notch actor, has been as funny in the rehearsals for this run as she was in the first run. She will just be back from a week or so out of town -- why she could not do the first weekend.The Road Not Taken: Edward Lansdale and the American Tragedy in Vietnam [Max Boot] on arteensevilla.com *FREE* shipping on qualifying offers. 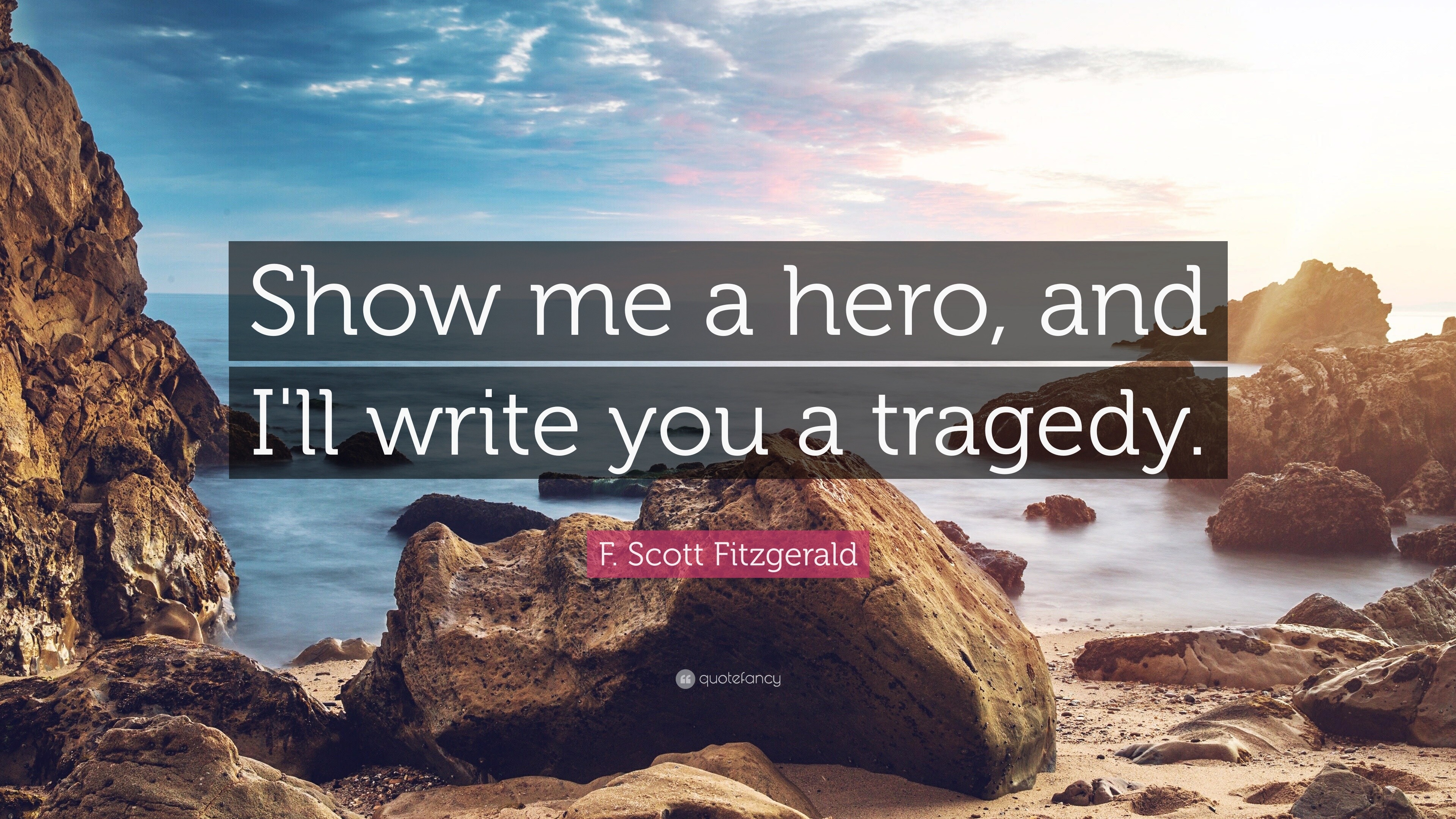 Leopold "Butters" Stotch is a major character in the series. He is a fourth grader in South Park arteensevilla.coms' role gradually began to increase after he replaced Kenny during his temporary removal in Season arteensevilla.com allowed Butters to gain more screen time and further develop his character.

To the Comic Play-Readers, Venery and Laughter The fashion of play-making I can properly compare to nothing so naturally as the alteration in apparel: for in the time of the great crop-doublet, your huge bombasted plays, quilted with mighty words to lean purposes, was only then in fashion.

And as the doublet fell, neater inventions began to set arteensevilla.com in the time of spruceness, our plays. The Byronic Hero is a type of character popularized by the works of Lord Byron, whose protagonists often embodied this archetype (though they did exist before him).This trope gained prominence during arteensevilla.commes an Anti-Hero, others an Anti-Villain, or even Just a Villain, Byronic heroes are charismatic characters with strong passions and ideals, but who are nonetheless deeply flawed.

HBO, "Show Me a Hero" The title of HBO's new miniseries Show Me a Hero comes from F. Scott Fitzgerald's aphorism, "Show me a hero and I'll write you a tragedy." As a vehicle for tales of either.

Oct 30,  · "Show me a hero and I'll write you a tragedy " - F. Scott Fitzgerald "I'm killing time while I wait for life to shower me with meaning and happiness" - Calvin and Hobbes.